A Vet Student in India

As I write this I am sitting in an airport; I’m sleep deprived and craving the creature comforts of home that I’ve been missing… namely a warm shower – something I haven’t had in over a month. This is because I’ve been In Tamil Nadu, India, developing my surgery skills as a part of animal birth control (ABC) charity work on behalf of the Worldwide Veterinary Service (WVS). For people who are involved in ABC work already through any number of organisations (Vets Beyond Borders and AMRRIC to name a couple) what I am about to share will likely be very familiar. This is what a spey/neuter project in India is like:

Arriving at the project location on the first day we were struck by the beauty of the scenery. Our accommodation overlooked a foggy valley with tea plantations below and colourful houses covering the hillside. Greeted by the resident dogs and one of the supervising vets we toured the facilities and met other students ready to hone our skills over the next two weeks. Day one was all about learning our anaesthesia and surgery protocols – a very different arrangement to the state-of-the-art equipment and set ups that many of us were used to at our universities. Nevertheless the dogs undergoing their operations as demonstrations recovered quickly, with minimal hypothermia, and no signs of pain. Which just goes to show that even if your supplies are limited, you can still get excellent outcomes.

Now – the difficult part – the surgeries! With a limited experience in surgery, and with over two months since the end of the university year many of us were rusty to start. However once settled in, our countless hours of practice on couches, bananas, and whatever else we could get our hands on finally became useful! Within a few days everyone’s surgery had improved dramatically and we were performing our surgeries one after the other like a well-oiled machine. Once one surgery was nearly finished the next dog would be sedated, ready to use the empty table. This was only possible of course thanks to the help of the excellent veterinary assistants who would restrain the not-so-friendly dogs and help in anaesthesia monitoring. As incredible as the surgery training was, we got a real indication of the importance of the work when we visited local towns to vaccinate animals against rabies. This was the reason we were controlling the population – to reduce dog bites, reduce the prevalence of rabies in the canine population, and therefore reduce human rabies cases. Making our way through neighbourhoods as variable as industrial areas, farming villages, and markets we encountered a huge spectrum of dogs. What was good to see was the large proportion that had been desexed as a result of the work people like us had done. What was even better to see was the love that many people have for their pets. It’s a very different scenario to most of Australia – dogs roam freely much of the time – but people with barely enough food to feed themselves look after their dogs with care and compassion when they can. By vaccinating and desexing these dogs we can make sure that they will have a longer and better life, won’t contribute to the stray dog population, and most importantly, won’t infect any humans with the horrible disease that is rabies.India was an incredible experience – I’m sure I’ll be back. There is so much to do in the fight against rabies, and there is evidence that veterinary ABC work and rabies vaccination is the best tool that the world has. It’s an empowering thing to realise that the skills we possess as veterinarians can have such a huge impact on the life of so many people. If you are considering getting involved with work in the area of ABC I highly recommend it. Can you tell I’m hooked?

‘Zachary is a fifth year Veterinary Science Student studying at Charles Sturt University in Wagga Wagga. His veterinary interests include public health, mixed practice and emergency medicine. What time isn’t taken up by Vet School is spent catching up with friends, reading, binge-watching F.R.I.E.N.D.S., competing in orienteering, and writing for his blog [seeingpractice.com‘]. 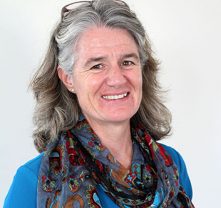